“Hot in my backyard” – This American Life – Video Blog

MAY 17, 2013
After years of being stuck, the national conversation on climate change finally started to shift — just a little — last year, the hottest year on record in the U.S., with Hurricane Sandy flooding the New York subway, drought devastating Midwest farms, and California and Colorado on fire. Lots of people were wondering if global warming had finally arrived, here at home. This week, stories about this new reality. 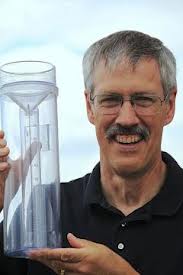 Robert Durden “Bob” Inglis, Sr. (born October 11, 1959) is an American politician who was the U.S. Representative for South Carolina’s 4th congressional district from 1993 to 1999 and again from 2005 to 2011. He is a member of the Republican Party. Inglis was defeated in the Republican primary in June 2010. In July 2012, Inglis launched the Energy and Enterprise Initiative, a nationwide public engagement campaign promoting conservative and free-enterprise solutions to energy and climate challenges. E&EI is based out of George Mason University in Fairfax, Va., and is working to build support for energy policies that are true to conservative principles of limited government, accountability, reasonable risk-avoidance, and free enterprise.

More about “The Energy and Enterprise Initiative

The Energy and Enterprise Initiative (E&EI) is a campaign to unleash the power of free enterprise to deliver the fuels of the future.

America needs a long-term, stable energy policy to achieve energy security and avoid the unnecessary risks of a changing climate. E&EI promotes conservative alternatives to big-government mandates and fickle tax incentives: set the economics right and get the government out of the way.

Bill McKibben is the author of a dozen books about the environment, beginning with The End of Nature in 1989, which is regarded as the first book for a general audience on climate change. He is a founder of the grassroots climate campaign 350.org, which has coordinated 15,000 rallies in 189 countries since 2009. Time Magazine called him ‘the planet’s best green journalist’ and the Boston Globe said in 2010 that he was ‘probably the country’s most important environmentalist.’ Schumann Distinguished Scholar at Middlebury College, he holds honorary degrees from a dozen colleges, including the Universities of Massachusetts and Maine, the State University of New York, and Whittier and Colgate Colleges. In 2011 he was elected a fellow of the American Academy of Arts and Sciences.

Bill grew up in suburban Lexington, Massachusetts. He was president of the Harvard Crimson newspaper in college. Immediately after college he joined the New Yorker magazine as a staff writer, and wrote much of the “Talk of the Town” column from 1982 to early 1987. He quit the magazine when its longtime editor William Shawn was forced out of his job, and soon moved to the Adirondack Mountains of upstate New York.

His first book, The End of Nature, was published in 1989 by Random House after being serialized in the New Yorker. It is regarded as the first book for a general audience about climate change, and has been printed in more than 20 languages. Several editions have come out in the United States, including an updated version published in 2006.

His next book, The Age of Missing Information, was published in 1992. It is an account of an experiment: McKibben collected everything that came across the 100 channels of cable tv on the Fairfax, Virginia system (at the time among the nation’s largest) for a single day. He spent a year watching the 2,400 hours of videotape, and then compared it to a day spent on the mountaintop near his home. This book has been widely used in colleges and high schools, and was reissued in a new edition in 2006.

Subsequent books include Hope, Human and Wild, about Curitiba, Brazil and Kerala, India, which he cites as examples of people living more lightly on the earth; The Comforting Whirlwind: God, Job, and the Scale of Creation, which is about the Book of Job and the environment; Maybe One, about human population; Long Distance: A Year of Living Strenuously, about a year spent training for endurance events at an elite level; Enough, about what he sees as the existential dangers of genetic engineering; Wandering Home, about a long solo hiking trip from his current home in the mountains east of Lake Champlain in Ripton, Vermont back to his longtime neighborhood of the Adirondacks.

In March 2007 McKibben published Deep Economy: the Wealth of Communities and the Durable Future. It addresses what the author sees as shortcomings of the growth economy and envisions a transition to more local-scale enterprise.

In late summer 2006, Bill helped lead a five-day walk across Vermont to demand action on global warming that some newspaper accounts called the largest demonstration to date in America about climate change. Beginning in January 2007 he founded stepitup07.org to demand that Congress enact curbs on carbon emissions that would cut global warming pollution 80 percent by 2050. With six college students, he organized 1,400 global warming demonstrations across all 50 states of America on April 14, 2007. Step It Up 2007 has been described as the largest day of protest about climate change in the nation’s history. A guide to help people initiate environmental activism in their community coming out of the Step It Up 2007 experience entitled Fight Global Warming Now was published in October 2007 and a second day of action on climate change was held the following November 3.

March 2008 saw the publication of The Bill McKibben Reader, a collection of 44 essays written for various publications over the past 25 years.

Bill is a frequent contributor to various magazines including The New York Times, The Atlantic Monthly, Harper’s, Orion Magazine, Mother Jones, The New York Review of Books, Granta, Rolling Stone, and Outside. He is also a board member and contributor to Grist Magazine.

Bill has been awarded Guggenheim and Lyndhurst Fellowships, and won the Lannan Prize for nonfiction writing in 2000. He has honorary degrees from Green Mountain College, Unity College, Lebanon Valley College and Sterling College.

Bill currently resides with his wife, writer Sue Halpern, and his daughter, Sophie, who was born in 1993, in Ripton, Vermont. He is a scholar in residence at Middlebury College.